According to the Metropolitan Transportation Authority, there were nearly 13,000 delays because of overcrowding in January. That’s almost double the number of delays in the same month last year.

The Second Avenue subway is expected to ease overcrowding on the Lexington Avenue lines and the MTA says three of the new stations will open by December of next year.

Transit officials say work on the 86th Street stop needs to be sped up to avoid delaying the project’s completion.

Crews are still working to get the 7 train to the far West Side this spring, but they’re dealing with some issues regarding the installation of elevators at the 34th Street/Hudson Yards station.

Long overdue repairs to the 168th Street and 181st Street stops in Washington Heights are being pushed back.

We brought you a story in 2013 about bricks… 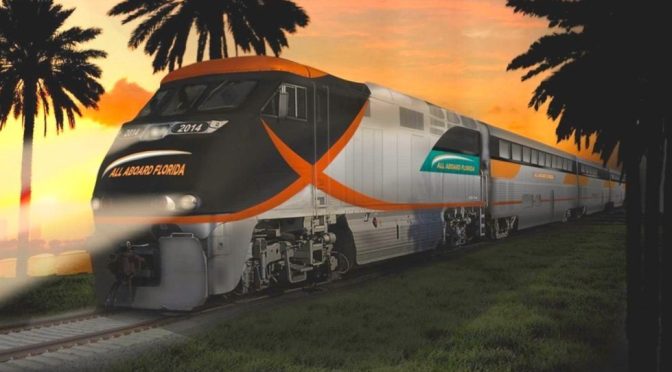 Taken For A Ride With the Boondoggle Express   An opinion

All Aboard Florida taps Archer Western for rail infrastructure improvements

All Aboard Florida caused drop in sale prices for homes near rail line in Martin County, study shows

American LNG Gets Second FTA Authorization to Export From Florida

All Aboard Florida selects GE for signaling, PTC

As ports all along the…

So I have been absent for some time from WordPress due to work commitments again, but I have realized that I might suffer from something called ‘writer’s block!’

Since I started my blog, I have always had something to write about, whether it’s something from my personal life, a new story that has caught my attention or even being nominated for an award! However, I found it difficult these couple of days to gather some material or even pick a topic to post about.

After some research, I discovered that the concept of writer’s block is essentially ‘a condition, primarily associated with writing, in which an author loses the ability to produce new work or experiences a creative slowdown. Another definition that I found stated : ‘Writer’s block is often caused by conflicted feelings. We want the writing to be perfect and we want the paper done as…

Opening this blog is a form of personalizing my Instagram account. There are other social networks like Twitter and Snapchat but I’m swaying away from that. I don’t think I can get anymore personal on those networks as I can via blogging. I have had blogs in the past but this one is beauty related. I would like to connect with my makeup community more here. I can also post random pictures here that are filtered or whatnot – to simply lay out the mood of the day. I can do whatever I want here, right? Hehe

I also feel that with the growth of my @Instagram account – well, put simply – I can’t keep up with my feed. It runs too quickly. I feel awful about it but I’m hoping I can connect more here.

As you’re planning and packing for your trip to Dubai, you may discover the challenge of finding outfits that are both suitable for the heat of the desert and respectful of Islamic culture.  Dubai is known to have looser reigns on its dress code and way of life than the other six emirates, but a little sensibility and common sense will go a long way.

There is no fashion police who will materialize and arrest you.  I noticed some women travellers at the Dubai Mall who were dressed in denim shorts (think Laguna Beach) and tank tops.  No attention was paid to them, but for everyone’s sake, show a little respect for the local culture!