t’s May Day 2016, an unseasonably warm day in San Francisco with the sun glinting off the bright multi-colored rooftops that surround Dolores Park. The park itself sits high on a gently sloping hill, overlooking the city’s historic Mission District.

At the lower entrance to the park, I catch up with a bevy of lively Bernie Sanders supporters who have adopted a unique new slogan in their continuing and growing support for the intrepid Senator from Vermont. It’s “Babka for Bernie … Feel the Bern and Feel the Bun!” They continue with “Vote with your taste buds for the candidate who has vowed to take the money out of politics and who believes that universal health care is a human right worth fighting for.”

The Babka for Bernie cart is postered with HUGE photos of Sanders, in the now famous shot of the people’s candidate welcoming a little bird that has landed on the podium in front of him, as if to deliver a special message of support from the bird world. But in place of the peace bird is a big babka bun – a replica of the warm chocolate cinnamon buns that were baked with love all through the early morning in support of Bernie Sanders. Five Bucks for Bernie gets you a fresh hot generous bun that melts in your mouth.

The babka cart is about to leave Dolores Park for a trek though the Mission District with the final destination being a formal gathering of Sanders supporters to elect delegates to represent the 12th District of San Francisco at the Democratic National Convention. I follow along for the two-mile stroll through the crowded May Day streets of San Francisco’s Mission District now, alive with music and street sounds.

An array of folks greet the babka cart. There are many Sanders supporters who cheer the cart on. Some buy the babka buns for Bernie. Some Clintonites argue gently with the Bakers for Bernie. Despite the politics, one or two good-spirited pro-Clinton folks splurge for a bun.

Among the most conflicted Bernie supporters seem to be the ones who have already decided to go for Hillary if it’s clear that Bernie is out of the picture. They worry out loud that if they don’t switch, they might just end up with Trump. “I really love Bernie,” one octogenarian confides, “but I might have to leave the country if Trump gets elected.”

The babka cart stops for a spell on Valencia in front of a Bernie-friendly shop that specializes in indigenous imports from Mexico and Central America. This is clearly Bernie territory, with Trump piñatas and Trump toilet paper rolls (his face on each sheet) prominently advertised in the window.

There, I speak with volunteer babka baker-in-chief, Jennifer Hasegawa, about the motivating force behind her unique method of raising money for Sanders. Hasegawa said it has been a very long time since she has felt like this about politics and a particular candidate. She also adds, like many people who approached the cart for a Babka for Bernie bun, that it is not simply about a particular candidate but a new way of thinking about elections and a new kind of candidate that really puts the people before corporations and big money interests.

“Bernie Sanders is not owned by Super PACs and corporations or any other entity that could influence his power in a way that is not all about the people,” says Hasegawa. And she says she isn’t supporting Bernie because he’s a dreamer. Rather she’s supporting him because he’s a realist who is trying to meet the needs of average Americans through partnering with his supporters.

“I support him because he admits that he won’t be able to do everything,” she says, as she bags another Babka bun for a Bernie supporter. “Rather, he is calling upon us to do our part, guided by his stewardship and his advocacy to change the course of our country and steer it in a direction that determined by and supportive of its 99%. If he is elected, Bernie will bring about a peaceful political revolution of the people. In fact, even if not elected, I believe he will be at the center of a historic movement by the people of America. And this is why Babka for Bernie had to happen regardless of predictions and poll results. This is about the platform and the movement.”

And why, I asked Hasegawa, babkas?

“Baking babkas is a skill I’ve developed over the course of several years. It is not an easy bread to make – but the work is worth it, to see the beautiful, complex form that comes out of the oven and to watch people enjoy them,” said Hasegawa. “As I watched the Bernie Sanders campaign fight for its rightful place in the election process, I thought, the least I can do is knead and roll out some dough and sell my babka buns, one by one, to feed Bernie’s supporters and to raise awareness and support for his campaign.”

Two Carts on the Roll for Bernie

The babka cart moves smoothly through the streets of the Mission, offering its sweet treats and getting many takers, delighted by the unique delivery of the Bernie Method. A second information cart rolls right alongside the babka cart – offering information, posters, buttons, and various other kinds of Bernie paraphernalia.

The information cart is being pushed along the crowded Mission streets by Choppy Oshiro, an art designer for the National Nurses United, the largest organized group of working nurses in the country. NNU has thrown its support behind Sanders full throttle and has even hired buses to travel though primary states and get out the vote for Bernie.

“This is a movement that is bigger than all of us, bigger than Bernie Sanders,” says Oshiro as we arrive at the front of the building on Cesar Chavez Avenue, where there is a long line snaking around the block, made up of people who have come to vote for their delegate to represent them and Bernie Sanders at the National Democratic Convention.

“This is really great and it’s absolutely fascinating,” she said. Oshiro would eventually go inside and vote for several NNU nurses who were eventually elected to be delegates.

I follow the babka cart down the long line of San Franciscans who have come to cast their ballot on May Day. I open my microphone and interview many enthusiastic Bernie supporters, and potential Bernie Sanders delegates, as they savor their babkas.

Here’s a sampling of what they had to say :

“My name is Alise Germano and I’m running today to be a Bernie Sanders pledge delegate for Congressional District 12, San Francisco. This is a really important part of our democratic process. And I think a lot of people aren’t aware that they get to choose their pledge delegate for their candidate. In this case, Bernie Sanders. So people are coming in. We’ve had a great turnout, so far … You get to pick 5 women and 4 men, plus an alternate. There are at least a good one hundred people running for delegates. It really shows a lot of excitement about Bernie Sanders and about what he brings to American politics today. This is part of the spark that’s going to reignite democracy in our country. And I’m really happy to be part of this today. Bernie Sanders is a once in a lifetime candidate … And this is the first time I’ve ever stood up for a political candidate. And I think a lot of other people are doing the same, which is really exciting.”

“My name is James Barlow, I go by Jake. And I’m a Bernie or Bust delegate candidate. I want to take the fight for Bernie all the way to the convention … California has so many delegates. It’s one of the delegate rich states, and there are so many up for grabs. And there are so many supporters for Bernie in California. I think we’re his largest support base. So he’s going to do incredibly well in California, and get an incredible amount of delegates.”

“My name is Brian Madden and I’m here because I think there’s a lot of issues that need to be brought up, like switching your party from Green Party to Democrat, so you can vote for this election, before May 7th. And I’m here to get inspired.”

Anonymous Woman: “I’m a baby boomer who is totally Bernie or Bust. I think if we don’t win this one it doesn’t matter what happens afterward. And therefore if it ain’t Bernie, forget it. I plan … if Bernie is not the democratic nominee, I plan to vote for the Green Party nominee. Here in California I’m happy to say we have several people on the ballot, it’s not just the two parties. And I plan to exercise my vote. I will vote for Jill Stein, no question about it. It’s my way of saying that I care enough to show up and I’m informed, and all of that, and I’m not going to vote for Trump or Hillary.”

Anonymous law student: “I am a student at U.C. Hastings, School of Law, and last semester I worked on an income inequality project. I developed a policy strategy on income equality in California and how it has progressively gotten worse. I did a lot of research on Bernie Sanders simultaneously and learned that everything that he articulates really resonates. And it is very evident now, especially as I’m 24 and incurring six figures in debt, and really concerned about it. I want to be in public service, and it’s really hard to even find financial aid and loans to support us in our endeavors so I have a lot of conviction in my support for Sanders. I am very convinced big money shouldn’t play a part in democracy and in the republic. And now I’m the editor and chief of our constitutional quarterly, and I have a lot of passion for Bernie, even though everyone says that we’re kind of the under dogs.”

At the end of the afternoon, I check back with Hasegawa, the babka baker, and ask her if there was there a special reason why she wanted to bring babkas to the Bernie Sanders campaign on May Day. “Well, I wanted to find a way to participate in the political process, the election process. I was tired of just railing against election coverage, I wanted to find a way that I could personally contribute to the process and I love making babkas. People love babkas. And I imagine Bernie would love babkas too.”

Although consumers have been reticent about digital payments, new services — such as Venmo and blockchain — are making the benefits of mobile payments difficult to deny.

As digitization and mobile devices overtake virtually every corner of business, they are upending the traditional services that consumers take for granted. Think financial transactions.

Digital payments have been disrupting cash and credit cards for several years. Mobile wallets, or digital payments, enable consumers to pay for items with a smartphone or tablet using services such as Apple Pay and Google Wallet. With these mobile payments, consumers may accrue loyalty points for future discounts, or simply circumvent the hassle and insecurity of cash and credit cards. They are also compelling for lower-wage earners who don’t have credit, or for Millennials who want more flexible payment options. Despite concerns about data security risks and flimsy ROI, digital payments may be nearing the tipping point… 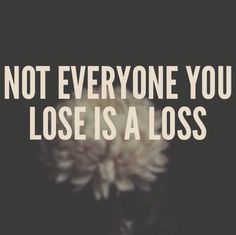