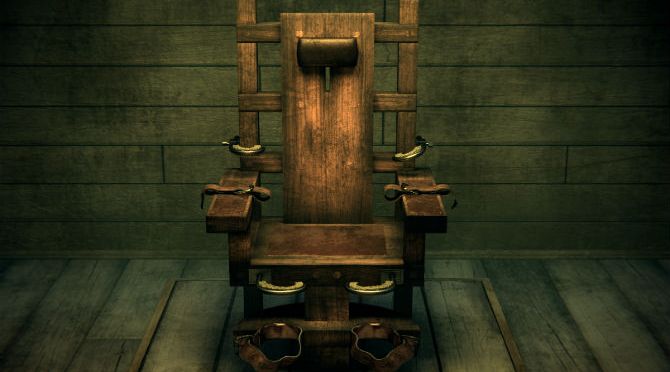 Madison Rutherford stretched in the comfort of his bed.  Today, he would become the prosecutor with the most death row convictions and executions.

Before his eyes could adjust to the darkness, the lights suddenly went on.

Startled by his unfamiliar surroundings, he jumped out of the unfamiliar cot. “Hey, what is going on?”

A sheriff, three officers, and Priest stood outside the jail cell.

“Sheriff Jones, what am I doing here?”

“Herman Rapier,” the heavy set gentleman replied with a southern drawl. “The Governor of this good state of Alabama assigned me the responsibility of overseeing your execution.”

Madison ran to the iron bars. “Don’t you recognize me?”

“Rapier you will pay for the deaths of those innocent girls you murdered.”

Madison stuttered, “You have the wrong guy?”

“They all say that.”

The officers unlocked the cell to grab him.

Users are sharing less–way less. Maybe they’ve figured out Facebook doesn’t care what they have to say.

Have you by any chance noticed yourself feeling less friendly toward Facebook lately? Perhaps you still open the app a few times a day to check your notifications and scroll through a few posts, comment on a viral video, “like” a story from The New York Times. But when it comes to the personal stuff–your vacation photos, your job announcements, your gripes about the wait at the DMV–you’re just not sharing it like you used to.

If so, you’re not alone. Far from it. In the past few months, Facebook has quietly shifted into crisis mode. According to The Information, “original broadcast sharing”–i.e., posts consisting of users’ own words and images–fell 21 percent from 2014 to 2015, contributing to a 5.5 percent decrease in total sharing. In response, the company created…