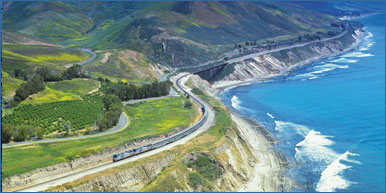 Francis Aquino, whose company makes an app for meditation, has a most un-Zen commute: an eight-mile drive to Santa Monica that can take an hour and fifteen minutes each way in bumper-to-bumper Los Angeles traffic.

The 38-year-old office manager for Headspace Inc. is counting the days until he can instead ride a new $1.5 billion light rail line that opens May 20. It will connect Los Angeles with the ocean and adjacent parts of the city’s west side for the first time since trolley cars to the beach were discontinued in 1953.

“You have so much free time and you’re not stressed out,” he said. “The one thing I’m really looking forward to is catching up on my reading.”