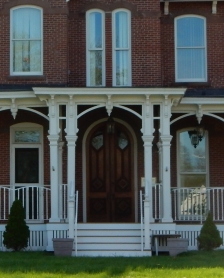 When I was researching the doors in the Ann Uccello neighborhood of Hartford, I stumbled onto an archive of Connecticut photos, maintained by the University of Connecticut Library system.

There I discovered a door that I’ve driven by for almost 35 years. The door is old and the door is beautiful. It’s the door to the administration building of the Albert J. Solnit Children’s Center – North Campus. According to Connecticut’s Department of Children & Families website:

“The Albert J. Solnit Children’s Center- North Campus, (formally the Connecticut Children’s Place), will serve as a Psychiatric Residential Treatment Facility effective December 1, 2013, providing treatment to adolescent males between the ages of 13 and 17 with complex psychiatric needs. The program is designed to be the bridge from hospital to home and community or as a diversionary placement to avoid the need for a hospital stay.” 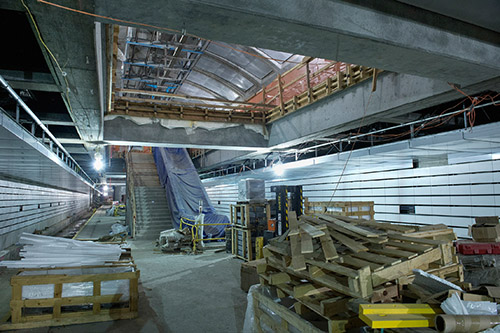 The Second Avenue Subway phase one construction is complete, allowing this transportation project to actually open to the public in 2017. This will be New York City’s Metropolitan Transportation Authority’s (MTA) first major expansion project in 50 years. The Second Avenue Subway was first discussed back in the 1910s but delayed after the Great Depression struck. With a lack of post-war funding, construction didn’t start until 1972 but was again stopped in 1975 thanks to another fiscal crisis.

According to the MTA, “The Second Avenue Subway reduces overcrowding and delays on the Lexington Avenue line, improving travel for both city and suburban commuters, and provides better access to mass transit for residents of the far East Side of Manhattan.”

Work did restart 32 years later in 2007. At that point, the MTA promised the project’s first phase would be open by 2017, and that…