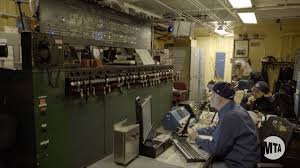 Signal problems mucked up subway travel on the A and C lines from Brooklyn to Manhattan for more than four hours Thursday, the fourth time in just a few weeks that such issues have snarled service.

The MTA said the problems at High Street had been cleared by about 2:15 p.m. (an initial advisory about the service changes came shortly before 10 a.m.) and A and C service had resumed with delays.

In the meantime, on AM New York
Loose stairway treads. Cracked platforms. Water leaks.
As if subway riders didn’t have enough to deal with in terms of the decline in subway service, the MTA is failing to spot and repair crumbling station infrastructure and jeopardizing riders’ safety in the process, according to a new audit released…