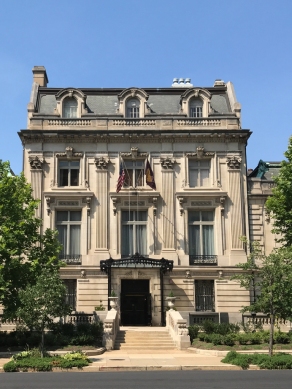 One of the meetings I attended last week in Washington, D.C. was held at The Cosmos Club. I’m not saying that attending this meeting is the only way I could get inside, but, as they say on their website:

“The Cosmos Club, founded in 1878, is a private social club for men and women distinguished in science, literature and the arts or public service. Members come from virtually every profession that has anything to do with scholarship, creative genius or intellectual distinction.

So, as soon as some respected authority takes notice of the creative genius and intellectual distinction that is No Facilities, I’m in. Either that or maybe a friend of a…