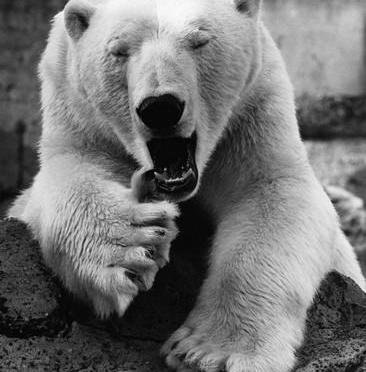 By the Mighty Mumford

About the same time every night,

He’ll stop his blog and his write…

Yes; leave house must bring change for folks on street 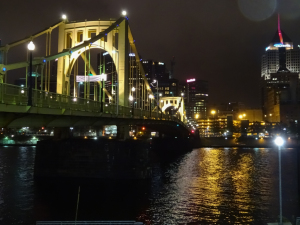 I have walked across the Roberto Clemente Bridge, in Pittsburgh, countless times. I walked across it when Roberto Clemente was alive and playing baseball for the Pittsburgh Pirates and it was still the humble ‘Sixth Street Bridge’. I’ve written about that bridge and its “sisters” the Andy Warhol and the Rachel Carson bridges and I’ve shared many photos. Those photos were taken as my daughter and I have walked to and from the Strip District and as Faith and my brother and I walked home from a Penguins game.

The bridge is often crowded. It’s closed to traffic prior to baseball and football games. Among the tourists and residents walking to the stadium, there’s always a few homeless people looking for a little help. Given what it costs to attend a major league game, it’s hard not to give a small amount to someone less fortunate. We…

What has eluded us, perhaps, is the idea that passenger trains can be run as a business. In the U.K., where railways have been privatized, many train lines are profitable. Indeed, what has Britons outraged is that rail operators, mostly foreign, are making out like bandits. Still, because the state retains ownership of the tracks, government can fine franchisees and/or cancel their contracts if they fail to meet contractual obligations.

So while Ontarians are busy pooh-poohing the idea of high-speed rail, global infrastructure investors, including some from the U.K., are licking their lips in anticipation. Given that there are more than 62,000 drives between Toronto and Kitchener daily, the idea of a 45-minute train ride suddenly seems very attractive. “We have reached a tipping point in terms of congestion,” Collenette says. “So when you provide a rail alternative, people are quite happy to take it.”

To New York Gov. Andrew Cuomo, who so loves his fancy car and flashing lights but is unfortunately saddled with the extremely grown-up responsibility of running the busiest subway system in the Western world, I recommend a child’s lesson: When you get in trouble, tell the truth.

Fessing up would be a necessary tonic for Cuomo’s dissembling act about who controls the Metropolitan Transportation Authority, the very wobbly backbone behind the 8 percent of U.S. GDP also known as the New York City metropolitan area. Last week, Cuomo moved to “take control” of the MTA, a bit like a groggy sea captain might bellow that he was taking control after waking from slumber to seize the wheel in a gale.

The truth is, Cuomo has always had control. His Captain Haddock act is duplicitous in light of both the organization’s governance, of which he is and has been… 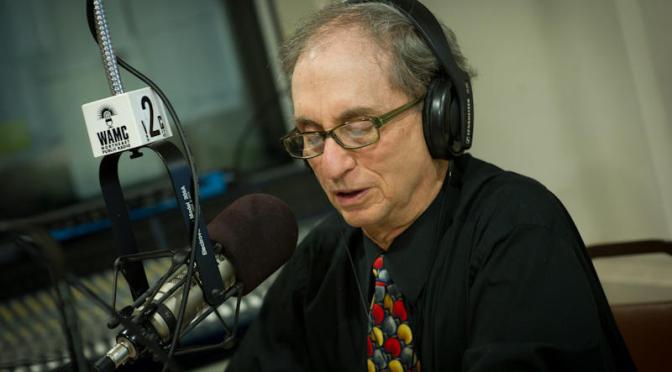 Yes, that’s right, it’s time for another chapter about the unbelievable gall of a politician riding across the plains of New York. Not unlike the red headed cowboy, Donald Trump and his brand of making stuff up, we now have our own trusty companion in the form of Andrew Cuomo who, the press reports, has decided to frontally attack other state Democrats. Like any hero of the old West, he is taking on a crowd of made up desperadoes.

Let’s see. There is his old enemy Big Bill de Blasio who, for some unfathomable reason he seems to hate with a passion that might better be channeled to his love life. Then there is the matter of mayoral control of the schools. He says he’s for it but apparently only for a year or two which is just silly. And with Cuomo, one never knows what game he’s playing. This is classic Cuomo, say one thing and do another. So who does that remind you of? YES, the red headed cowboy. Go right to the head of the class.

But it doesn’t stop there. Now he pulls the old switcheroo and tries to blame de Blasio for his troubles on the MTA. Like the old song about another politician, Cuomo simply can’t get off of that blame train. Governors are often immune to trouble because way too few people know anything about state government. It’s just too remote. Mayors, on the other hand, are held responsible for more immediate problems like failure to clear up the snow or collect the garbage. But this time Chutzpah Andrew has literally touched the third rail. People are sweating in the subways. The trains are breaking down. They are sweltering infernos and Andrew, the Chutzpah Kid, is getting blamed for the mess.

This is the way it works. Andrew basically owns the Metropolitan Transportation Authority. He gets to name the most people on that board and he has always tried to take the credit for anything good that happens on the subways. One case in point is the mule-like braying and credit claiming he did over the opening of the Second Avenue Subway. You would think that he laid every brick on the line himself. But now, the Chutzpah Kid is ringing his hands suggesting that he doesn’t have ENOUGH power. Whoever is giving out breaks might think about giving me one of them.

Then there are his inexplicable attacks on Comptroller Tom DiNapoli. DiNapoli is one great politician. He is SO good that he may actually be giving politicians a good name. From day one, the Chutzpah Kid has been trying to deprecate DiNapoli. DiNapoli took a damaged Comptroller’s office and set things right. Now it is back to doing its job. That has apparently made the Chutzpah Kid even crazier. As occasionally happens, there was a jerk who did some corrupt things working in the office of the Comptroller. DiNapoli fixed it but that didn’t stop Andrew from suggesting that this was the worst thing to have ever happened. This is where the chutzpah thing really showed itself. Remember, this is the same Andrew whose best pals are now on trial for corruption schemes that would and should make any politician blush. In Andrew’s case we are not talking about some schlemiel way down in his administration. We are talking about his best friends. Who the hell is Cuomo to be casting aspersions on Tom DiNapoli, one of the most honest, decent men in politics? Not only that, Cuomo worked out a deal with the morally corrupt legislative leaders to take away some of DiNapoli’s pre-audit functions that might have stopped the Cuomo cronies from their schemes. Instead of giving DiNapoli back his powers, the Chutzpah Kid said that he would appoint people like the ones now on trial to oversee his agencies. Are you kidding?

So the Chutzpah Kid rides off into the sunset, ready for his next adventure.

Alan Chartock is professor emeritus at the State University of New York, publisher of the Legislative Gazette and president and CEO of the WAMC Northeast Public Radio Network. Readers can email him at alan@wamc.org.